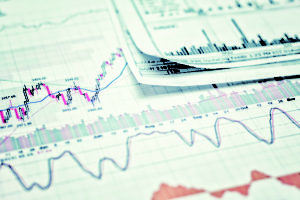 Informa PLC – Following a report of 3.9 percent revenue growth for the first 10 months of the year, International B2B powerhouse Informa PLC said it is on track to achieve its full-year expectations. Stephen A. Carter, Group Chief Executive at Informa, said more than 60% of the company’s revenue is forward-booked and recurring, which enables it to have “good forward visibility.”

For its exhibitions business, Informa said growth for the first 10 months was 6.9%, slightly lower than the six-month run-rate of 7.3%. The company noted that dip reflected the “seasonality” of its business that has “fewer fast-growing major brands in the second half of the year.” Informa noted a few shows that performed well including Farm Progress, SupplySide West and the Monaco Yacht Show.

The strong performance of those shows puts Informa on track to meet its year-end target of 6% to 6.5% growth in exhibitions. Informa said “strong advanced bookings” into 2019 have given the company confidence its Global Exhibitions business can “maintain growth levels and margins ahead of the wider Exhibition market.”

As Informa and UBM continue to integrate, the 10-month report notes the second half of the year has a greater proportion of UBM’s major brand and tends to be stronger. For the 10-month period, Informa said underlying revenue growth of UBM businesses was 2.3%, up from 1.1% reported during the first half of the year. For the events business, revenue growth was 2.4%, which reflected strong growth in shows like CPhI Worldwide, Black Hat and Furniture China.

Informa said the final two months of the year includes strong bookings in shows such as Cosmoprof Asia, CPhI India and Manufacturing Indonesia.

“We are confident we can deliver on 2018 expectations for the UBM business of around 3% growth overall,” Informa said.

RELX Group – Over the first nine months of 2018, information and analytics company RELX Group has delivered a 4% growth in revenue. During that time, the organization acquired seven assets for a total consideration of £943 million, or about $1.2 billion.

Highlights for the most recent first nine months include the near completion of a planned £700 million stock buyback. As of the release of the report, RELX had already acquired £650 million of stock. The remaining £50 million worth of stock will be acquired by year’s end. Additionally, RELX completed a corporate simplification into a single parent company.

Emerald Expositions – B2B trade show giant Emerald Expositions continued its positive movement in the third quarter with 2.7% increase in revenues in comparison to the same time frame 2017. The increase was down from the 5.8% the company posted in Quarter 2 of this year.

During the third quarter, Emerald reported revenues of $103.1 million. Organic revenues for the trade show portfolio declined approximately (2.0)% over the prior year, after adjusting for insurance expenses related to two shows impacted by Hurricane Irma, as well as a show scheduling difference for an event that staged in the third quarter of 2017 and to be staged in the fourth quarter this year.

That softness has prompted Emerald to take some initiatives to address the challenges at the two shows, Evans said. He quickly noted those initiatives would not likely take hold for a few years. Evans said Emerald is on the “right long-term path” to stabilize the franchise shows.

During the third quarter, Emerald acquired a group of technology brands that uniquely complement the CEDIA Expo trade show. Emerald followed that up with the acquisition of a portfolio of leading trade shows in the hospitality and design sector. Emerald anticipates the slew of shows will be immediately added to its earnings.