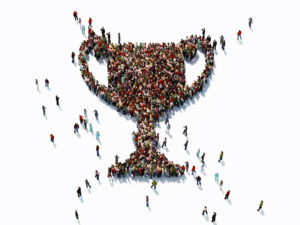 Trade Show Executive has been recognized as one of the 10 best B2B magazines in the country by the American Society of Business Publication Editors (ASBPE).

During ASBPE’s national 2019 Azbee Awards of Excellence ceremony on May 9, Trade Show Executive received the Magazine of the Year Top Ten Award, in the category of magazines of less than $3 million in revenue.

“This industry has amazing stories and it’s a pure privilege to cover it. We are certainly grateful for this high honor,” Publisher & Editor Gabrielle Weiss said after the ceremony at The Poynter Institute in St. Petersburg, Florida. “It is a thrill to see that hard work really does pay off. I couldn’t be prouder of our small but mighty team!”

The magazine has raised the bar on B2B journalism by breaking major industry news stories, doing in-depth reporting, recognizing national trends and record-breakers, celebrating executives who do stand-out work, and tracking the latest trends, technology, products and services. It all contributed to double-digit increases in subscription requests last year.