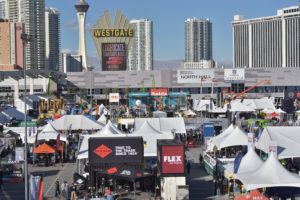 LONDON — The vote is in. An overwhelming majority of both Informa and UBM shareholders have officially approved Informa’s offer to acquire UBM, a move which will create a global trade show industry powerhouse. The $5.5 billion offer, originally made in January, is a cash-and-stock deal; 65.5% of the combined companies would be owned by Informa shareholders and 34.5% by UBM shareholders.

Stephen A. Carter, Group Chief Executive said, “We are encouraged by the strong support from shareholders of both companies for this combination, which will create a leading, international B2B Information Services Group.”

The deal is expected to be completed sometime during the second quarter.

Both companies have a sizable industry presence, including in the U.S., where they organize such landmark shows as MAGIC, Licensing Expo and World of Concrete. The deal is expected to be completed sometime during the second quarter.

In its earnings report for 2017, Informa noted the differences and similarities between Informa and UBM in various parts of the world:

Both Informa and UBM made major inroads in the U.S. via acquisitions this decade. Informa acquired Penton in 2016 and Hanley Wood Exhibitions in 2014. UBM acquired Advanstar Communications in 2014 and Canon Communications in 2010. Trade shows were a big hit for Informa last year as the company’s Informa Exhibitions division reported a huge 74.5% increase in revenues in 2017 compared to the previous year. Exhibitions contributed 31.9% of Informa’s total group revenues and 36.9% of its adjusted profit. Total company revenues grew 30.7% for the year to 1,757,600,000 pounds ($2,162,621,292).

Biennial events also produced some solid growth, with revenues of 85.5 million pounds ($119.4 million) compared to 28.1 million pounds ($39.3 million) in 2015. The decisive reasons behind the banner year included biennial show rotation and the 2016 acquisition of Allworld Exhibitions and its portfolio, including its biennials HOFEX and Food & Hotel Indonesia.

In the United States, UBM placed four shows on the most recent Trade Show Executive Gold 100 list with a combined 2,839,082 nsf, while Informa had three events with a total of 1,279,963 nsf.